Voting Rights: We Marched, and We are Still Pushing 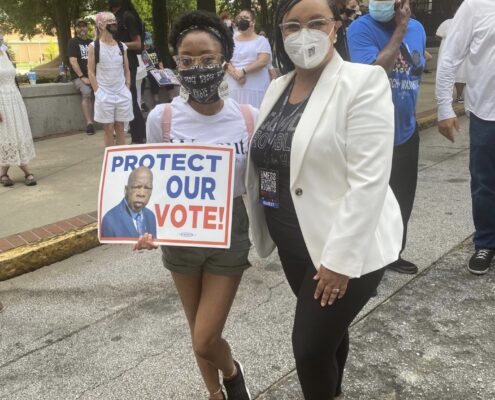 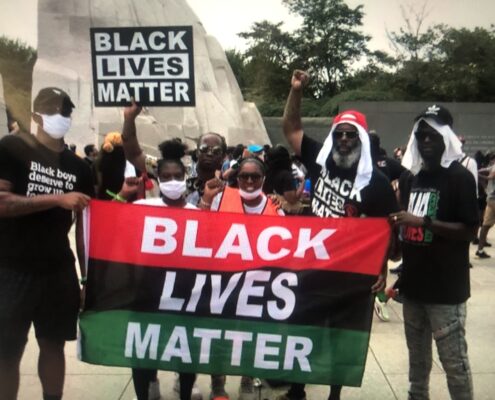 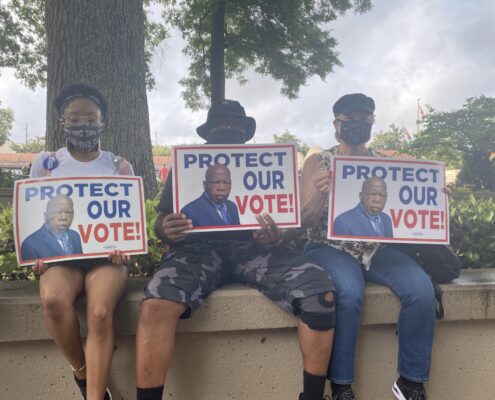 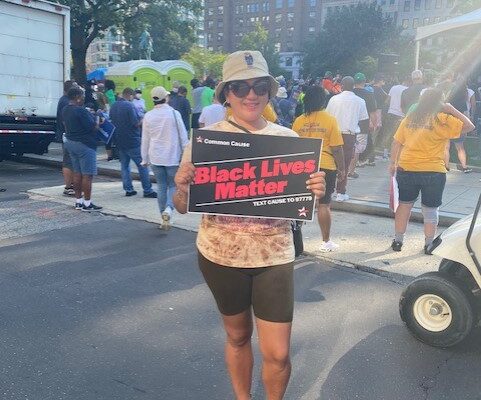 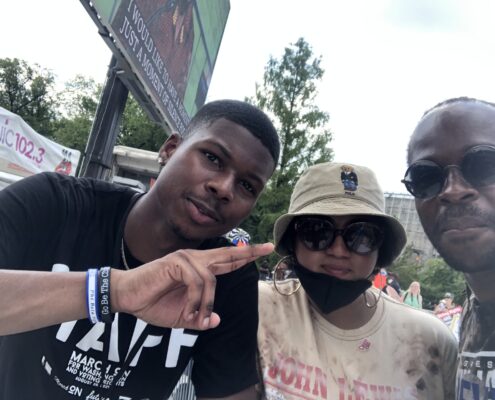 Voting Rights: We Marched, and We Are Still Pushing

By Shanice Turner and Jamiel Alexander, with Maya Muldrew

Did you think that 58 years after Dr. Martin Luther King Jr. delivered his “I Have a Dream” speech we’d still be marching for voting rights? And that we would still need to?

On August 28th, 2021 thousands from all over the country — including opportunity youth leaders and changemakers from within our network — hit the sweltering streets of Washington, DC, to let lawmakers know that we refuse to be silent in the face of threats to hard-won progress toward equity and civil rights. Marches also took place in Philadelphia, Atlanta, Houston, Phoenix, and Miami.

“This will always be a proud moment for me. It’s my duty to stand up for voter rights and to march for the greater good of humanity,” said Shanice Turner, a founding member of Opportunity Youth United (OYUnited) based in Atlanta, Georgia.

Recent state laws and Supreme Court rulings have weakened the powers of the initial Voting Rights Act of 1965, leading to (more) restrictive and unfair voting laws.

Reducing early voting hours, curtailing drop boxes, and throwing out ballots that are dropped off in different precincts are all measures that directly and disproportionately impact voters who are members of Black, Brown, and Indigenous communities. Many of these restrictions are being enacted in states with a history of Jim Crow voter discrimination laws.

According to the ACLU, more than 400 anti-voter bills have been introduced in 48 states in recent years. (Several states have actually expanded voting access. A 2021 National Public Radio voting law map shows what states have passed.)

“There are decisions being made without thinking of the people who live in the community and the public in mind,” said Turner.

While much has changed over the years, OYUnited founding member Jamiel Alexander believes that many things are the same. “Voter suppression is trying to evolve in different ways,” said Alexander, now Senior Fellow for the Aspen Institute’s Forum for Community Solutions. Alexander traveled to Washington DC from his hometown York, Pennsylvania, to join the march.

Although it’s been six decades since the initial march on Washington, voters — particularly Black, Brown, and Indigenous voters — find themselves fighting to maintain their rights.

“There is still injustice within our democracy,” said Kim, Opportunity Youth United’s Engagement Coordinator, who also attended the March in Washington DC. “For this reason, we still continue to march in 2021.”

At the march, people both young and old united in protest, joining Reverend Al Sharpton, descendants of Dr. King, and family members of the late George Floyd.

“It was a great honor to be present with my brother Jamiel in the movement. We were able to connect with civil rights leaders and other allies who care about what’s affecting our communities,” Pham said. “This historic march was a reminder that there is still much work in our future.”

👉 Related article: In Atlanta, OYUnited Leaders Help Get Out the Vote

What are the Threats to Voting Rights?

Just what is at stake, and what can we do?

March On, the organizers of the August 2021 March On for Voting Rights, have an FAQ guide. In it, they note that one of the key provisions of The Voting Rights Act of 1965 was the requirement that jurisdictions with a history of racial discrimination pre-clear any changes to their election laws and procedures with the U.S. Department of Justice. That provision was overturned in 2013 by the Supreme Court decision Shelby County vs. Holder, one the basis that conditions had changed enough to make preclearance unnecessary.

“In other words, the Supreme Court argued, racism wasn’t a problem anymore,” March On noted in its FAQ. “Justice Ruth Bader Ginsburg, in her famous dissent, wrote that ‘throwing out preclearance when it has worked and is continuing to work to stop discriminatory changes is like throwing away your umbrella in a rainstorm because you are not getting wet.’”

The 2021 Supreme Court decision Brnovich vs. Democratic National Committee further dismantled the Voting Rights Act by calling into question what constitutes an equal opportunity to vote. This ruling makes it much harder to fight discriminatory voting laws in the states. The only remedy is to pass federal legislation.

The 2020 presidential election drew the highest voter turnout in more than 100 years. Since then, at least nine states have passed laws limiting voter access.

We need to act fast if we are going to prevent voter suppression in the 2022 midterm elections. Here are two key bills in Congress:

Both bills will work together to protect elections and voting rights, which is why we need to urge our elected officials in Congress to pass them both.

What’s New with OYUnited: Take Action for BBB, Our Leaders in Action,...
Scroll to top