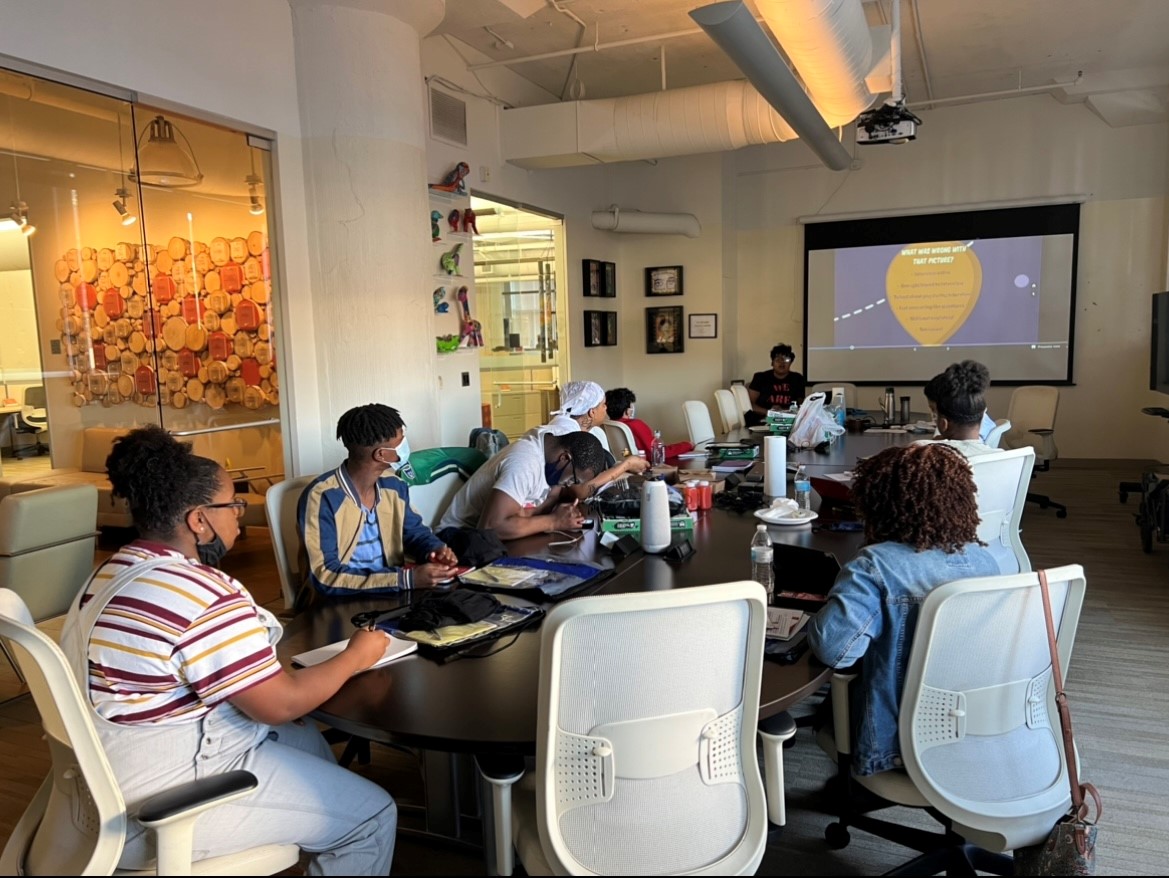 There are currently as many as 9 million Opportunity Youth across the United States, young people ages 16 to 24 in the US who are neither in school nor working, according to Measure of America’s 2021 Report. These young people are referred to as “Opportunity Youth” both because they are seeking opportunities to provide for themselves and their families, and because they represent an untapped opportunity for employers, communities, and our economy if we would invest in their development.

In 2022, OYUnited received a $100K grant from State Farm® to provide decisive support to their work with young leaders nationally, with special support carved out for the CATS in Atlanta, Dallas, and Phoenix.

These are sponsored by YES! for Equity, Big Thought, and Valley of the Sun YMCA and Neighborhood Ministries.  These Community Action Teams are part of the network supporting Opportunity Youth in their local areas, with the goal of uplifting their voices through civic engagement and mobilizing locally around community improvement projects. This is the 8th year State Farm has provided grant funds to OYUnited.

For 2022, these Community Action Teams have big plans – from voter engagement to local business development. “I’m very excited about the extra push and initiative around voting,” said Armando Banchs, Director of College & Career Programs at Big Thought in Dallas. “We had an event two years ago that was originally supposed to be about voting, but due to COVID it had to get pushed back. So we’re excited to do it right: get the communities out, let people know how to register and get people activated and motivated, in a non-partisan way.”

In Phoenix, Brenda Guerrero, Director of Job Management and Social Media at Valley of the Sun YMCA shared that one of their goals is to build relationships with businesses that are local to their branch and their community. “That way young people can learn the value of shopping local and supporting local businesses that represent and hire within the Maryvale community instead of using big conglomerates and chains,” said Brenda. “It’s going to build connections and create an advantage for our community.”

Building community connections is a common theme among the Community Action Teams for the coming year. When sharing what programs they are looking forward to in Atlanta, Katie Warner, Director of YES! for Equity, said, “Currently, we are in the process of hiring and onboarding 10 new youth leaders who will work collectively with adults to build youth-led power within each of PSE’s Portfolios (Just Energy, Just Growth, Just Opportunity and Just Health) and lead local policy and systems change to dismantle racism and create a more equitable Atlanta metro region.”

Although the youth, communities, and facilitators of Community Action Teams come from various different backgrounds and perspectives, there are similarities that emerge when hearing about what makes a successful Community Action Team. All three leaders shared that one key to success is developing intentional youth-adult partnerships that invest in young people and their communities.

In the Maryvale community of Phoenix, Brenda Guerrero also deeply values long-term relationship building within youth programs. “When I was the same age as the youth in our programs,” she said, “I had no one and I told myself a long time ago that I refuse to be the person that says ‘I’m clocked out right now.’ I’m not the type of person to not answer young people’s texts or emails on the weekend, because I know what’s going on in their life could be urgent. That has elevated my relationships with the youth and the community, and in turn, when you give yourself to that energy, that energy is reciprocated back to you.”

“In 2022, we aim to launch the Just Youth Circle, a collaborative of Opportunity Youth and adult allies working across the American South to lead youth-led policy and systems change. We are so excited about what this next year holds and the collective power of young people,” said Warner.

No matter the city or circumstances, commitment to relationship building is critical for young people to buy into belief in the program, and, most importantly, belief in themselves.  State Farm has consistently invested in OYUnited’s role in supporting this relationship-building in order to strengthen the positive energy of low-income youth to rebuild their lives, their families, and their communities.

For 100 years, the mission of State Farm has been, and continues to be, to help people manage the risks of everyday life, recover from the unexpected, and realize their dreams. State Farm and its affiliates are the largest providers of auto and home insurance in the United States. Its more than 19,400 agents and approximately 53,400 employees serve over 87 million policies and accounts – which includes auto, fire, life, health, commercial policies and financial services accounts. Commercial auto insurance, along with coverage for renters, business owners, boats and motorcycles, is available. State Farm Mutual Automobile Insurance Company is the parent of the State Farm family of companies. State Farm is ranked No. 39 on the 2021 Fortune 500 list of largest companies. For more information, please visit http://www.statefarm.com.​

In Milwaukee, Building a Movement for Justice, Driven by Young People
Scroll to top