News – Our Response to Charlottesville

You are here: Home / News – Our Response to Charlottesville 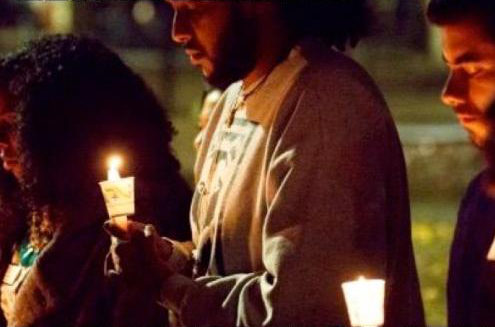 We recognize and are deeply moved by the profound tragedies of hurricanes Harvey and Irma, and the frightening announcement on the Deferred Action for Childhood Arrivals (DACA) program. The internal process of our Council’s reflections takes more time than the rapid cycle of tragedies in the news. We believe our collective response to the events in Charlottesville,Virginia, remains important to share with the members of Opportunity Youth United.

Our Response to Charlottesville:

“You don’t fight racism with racism; you fight it with solidarity.”  (Fred Hampton)

The National Council of Young Leaders organized Opportunity Youth United in 2015 in order to mobilize Black, White, Native American, Latino/a, Asian, and mixed heritage young leaders of all religious faiths, genders, and sexual identities, from urban and rural communities. We come together and speak from the heart to pinpoint the problems. We envision a society with caring communities, opportunity and responsibility, love and justice, for all.

The ideologies of hate behind the white supremacist, white nationalist, and neo-Nazi groups who descended on Charlottesville are heart-breaking and horrifying to us. All of our elected officials including the President must be held accountable to speak out and join forces to end hate crimes, racism, anti-Semitism, and domestic terrorism.

We know the desire to belong to a caring community and to serve others is part of human nature. Only when people have been profoundly misinformed and hurt do they grow up to hate and harm others.

Physical violence flowing from the hate of white nationalists in Charlottesville resulted in injuries of 19 innocent people and the horrible murder through a deliberate car crash hitting the gentle and devoted Heather Heyer who was known for her deep caring for other human beings. We honor her.

We also honor and learn from our ancestors who stood up bravely giving their lives to fight injustice. “Darkness cannot drive out darkness; only light can do that. Hate cannot drive out hate; only love can do that.” (Dr. Martin Luther King, Jr.) James Reeb, the white Minister killed by white men with clubs for his support of African American civil rights in Selma in 1965, died in solidarity with black activists as did Heather Heyer, whose last Facebook post said, “If you’re not outraged you’re not paying attention.”

We never again want to see the sin of genocide committed against any group of people. Now is the moment for all Americans to stand in solidarity against hate in all forms. We urge all our members to act in your own communities. It is also a moment to keep each other safe from harm. The Southern Poverty Law Center (SPLC) published an excellent guide for individual and community response to hate, Ten Ways to Fight Hate: A Community Response Guide. This guide includes good advice about preserving your safety while taking visible action.

Opportunity Youth United is mobilizing young adults of all backgrounds who have lived through poverty, and their allies of all ages, to build the power to dramatically decrease poverty and increase opportunity. In 2014, only 11% of eligible 18 to 29 year old voters actually voted! Those who didn’t vote gave away their power. In various localities our Community Action Teams are driving campaigns focused on voter engagement (registration, education, and turnout), criminal justice reform, and access to employment. We want to get the issues of poverty and injustice as they affect all races onto the political agenda everywhere.